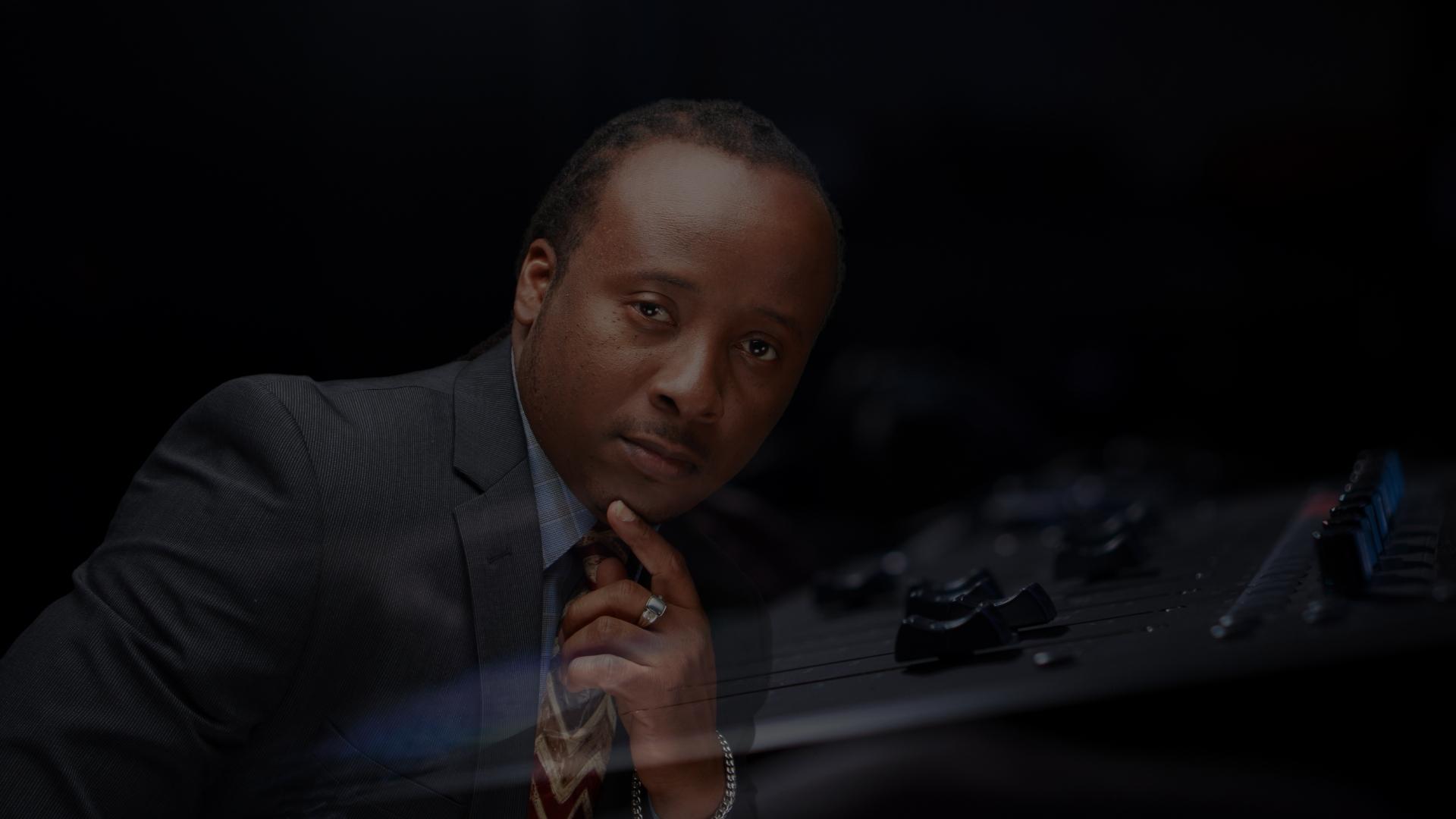 In 2001, Dj Ezzy B aka Ezzy began his career as a disc jockey in Brooklyn, New York. Possessing a humble, but aggressive and persistent desire to become successful he continues to provide an untouchable and unbeatable DJ service for many occasions. With over 18 years in the industry, Ezzy skillfully combines multiple genres of music without missing a beat. He is best known for his professionalism, versatility, dependable and reliable service.

However, this was not enough. In December 2009, Ezzy formally launched his own company, Sound Xplosion Entertainment, LLC, with a desire to present himself and his service in a more professional manner. The company then began to provide its service to some largest organizations in Metro Atlanta. Later, Sound Xplosion Ent. became the parent company of a few other intriguing media platforms.

In February 2012, Ezzy was invited to join the then “WWWE Radio” 1100 AM as a radio disc jockey.  He was also a former co-host on LOVE 860 AM; In 2010-2012, he hosted Caribbean Focus TV which aired on the Xfinity/Comcast Network before leaving to focus on his radio career.  He rejoined the show in October 2015 which aired on the AIB TV network in the State of Georgia.

For many years, Ezzy was affiliated with multiple media outlets where he has inspired the growth of all of the platforms involved, by teaming up with organizations and local businesses; and creating a trend of live broadcasts in various communities, cities, and on the international level.  However, by Spring 2013, Ezzy took his talent to another level by leading a group of radio personalities from different radio stations in the NYC tri-state area with a live broadcast from Nassau, Bahamas on a special promotional tour.  Later that same year, he has presented the opportunity of owning his own platform, 106 Live Radio under the parent company of Sound Xplosion Entertainment, LLC. There he was able to bring more of his vision to light by helping the community through network opportunities and media. Ezzy also helped turn other dreams into realities by welcoming and teaching new hosts about their desire of becoming on-air personalities. Without any limits insight at that point, 106 Live Radio quietly grew to be heard in over 150 countries and over 4 million hits on its stream. Ezzy shows continued to make an impact with a diverse and unique approach, which attracted many celebrity guests. The list includes Mr. Killa (Grenada and 2019 Int’l Soca Monarch), Maurice Smith (Jamaican Olympian and Medalist), Lee Haney (8 times Mr. Olympia Champ & IFBB professional bodybuilder), Eshe from Arrested Development, Spragga Benz, Mr. Vegas, Chante Moore, Freddie Jackson, Tony Tone Toni, KCi & JoJo, Jahlil from Whodini, Stephanie Mills, Eric Benet, Maxi Priest, Mr. Kool (Kool & the Gang), just to name a few.

In 2014, he was saluted as one of the top 40 Grenadians for his efforts and contributions to the Diaspora by the New York-based Total Caribbean Network (TCN). In the same year, Ezzy held the position of “Director of Production” and an on-air personality with WRCI – Power 102.1FM.  During that same period, he hosted multiple weekly radio shows which were syndicated on other FM stations and online radio stations across the USA and internationally in as far as Gambia and in his homeland, Grenada. In 2014, 2015, and 2018 Ezzy co-hosted the Grenada Day Festival, which is one of the largest and well-attended events in Toronto, Canada.  In April 2016, Ezzy hosted the first International Pure Grenada Music Festival (PGMF) in Grenada, where he introduced global reggae icons such as Etana, Steel Pulse, Jesse Royal, just to name a few.

With a full plate at hand, Ezzy is also certified in Life Safety and Internal Affairs Investigation.  In 2019, he launched Ezzy Spotlight (a multi-media platform), that focuses on showcasing the hidden gems and more in our communities and beyond. 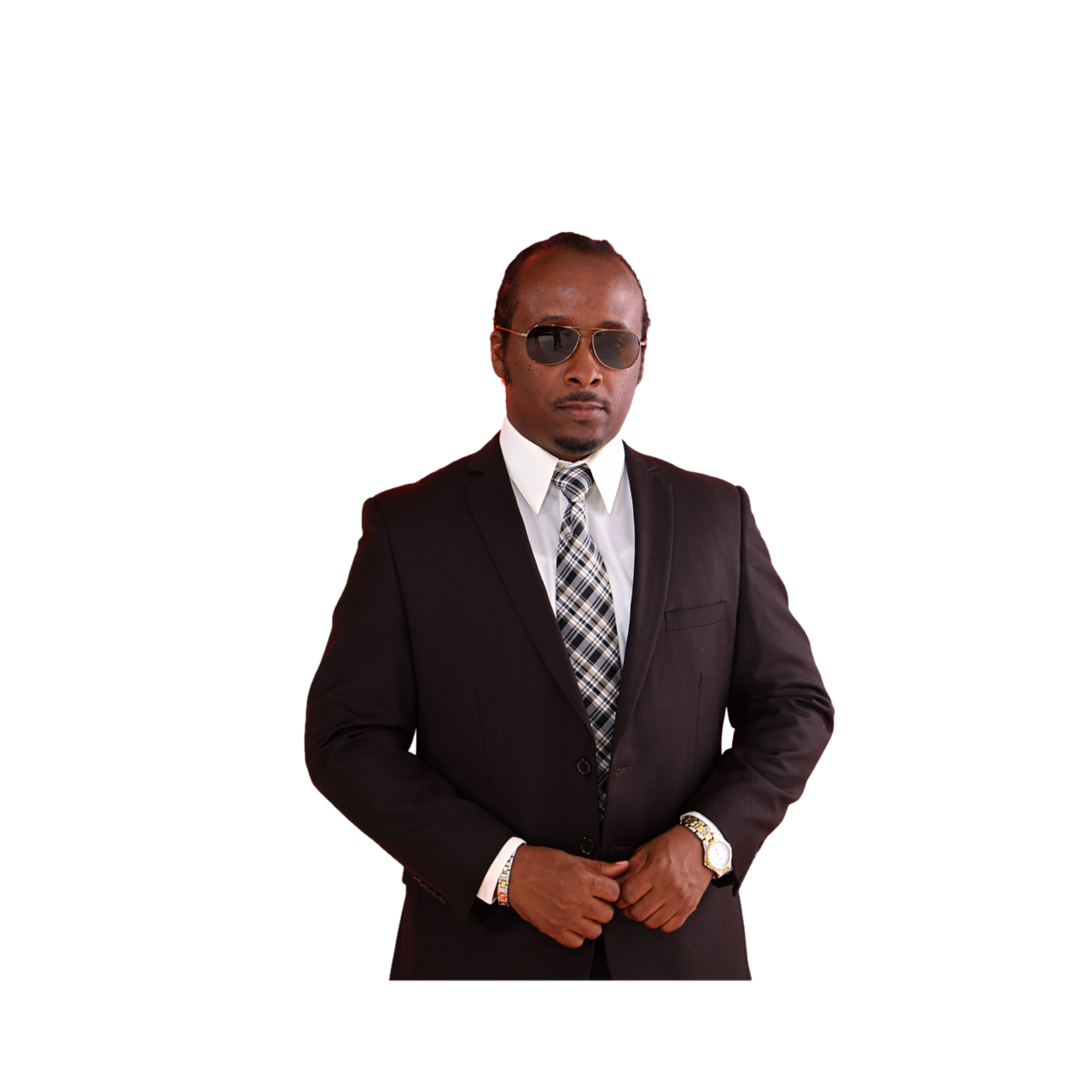 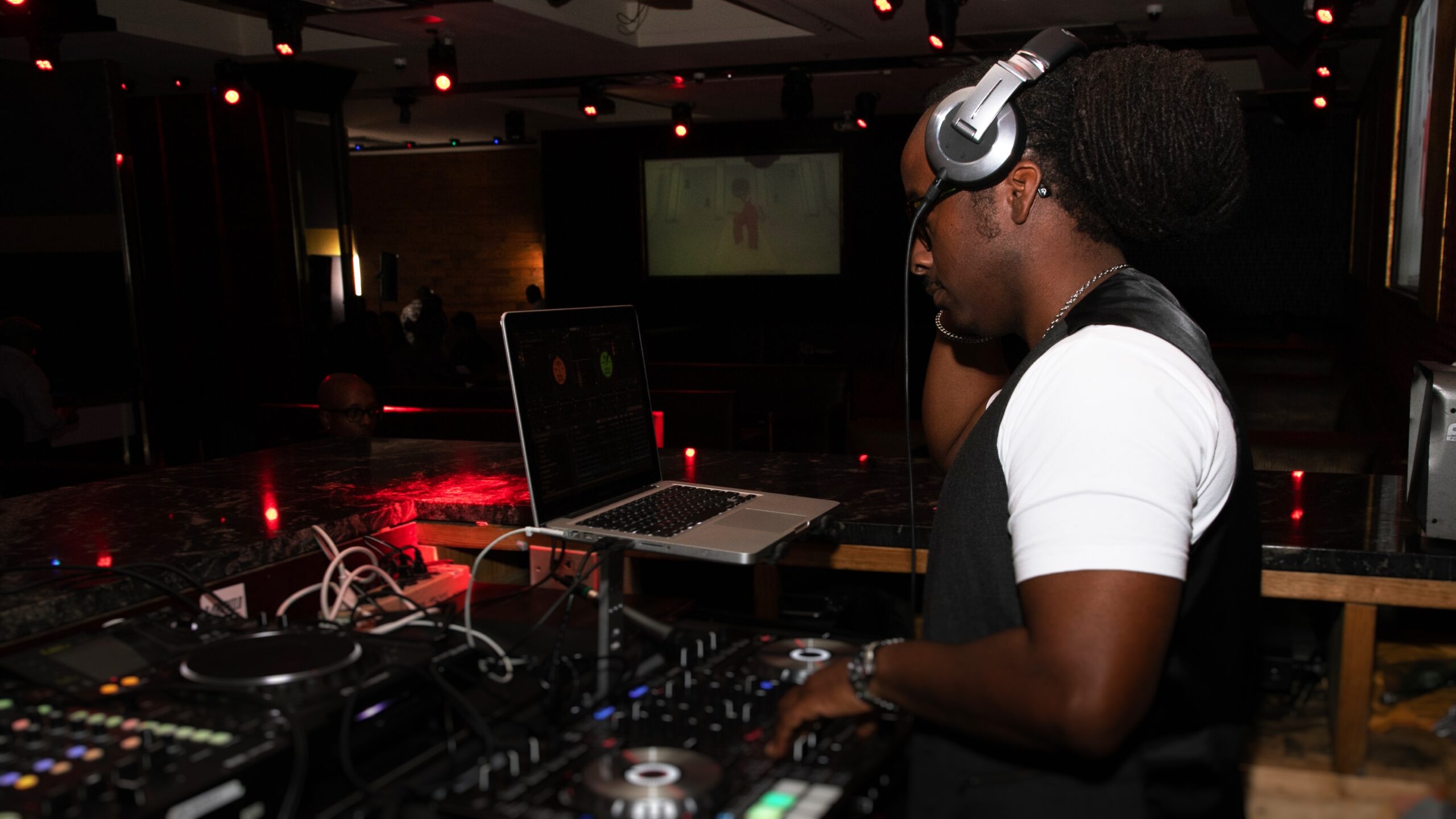 With our state-of-the-art sound equipment, we professionally create a high-energy performance on every occasion. So whether your event is Corporate, Private, or other, we are committed to providing 100% customer satisfaction for everyone to remember!

We are licensed and insured, and offer the best service at the most competitive rate available in Atlanta!

Ezzy Spotlight enjoys the diversity of our people which provides a more open dialog without limitations. A new Podcast segment is released every Thursday at 6 pm EST. Various segments air live on our YouTube Channel and Facebook Page, simultaneously. So, whether you are located locally or internationally, our guests may appear virtually or in person. 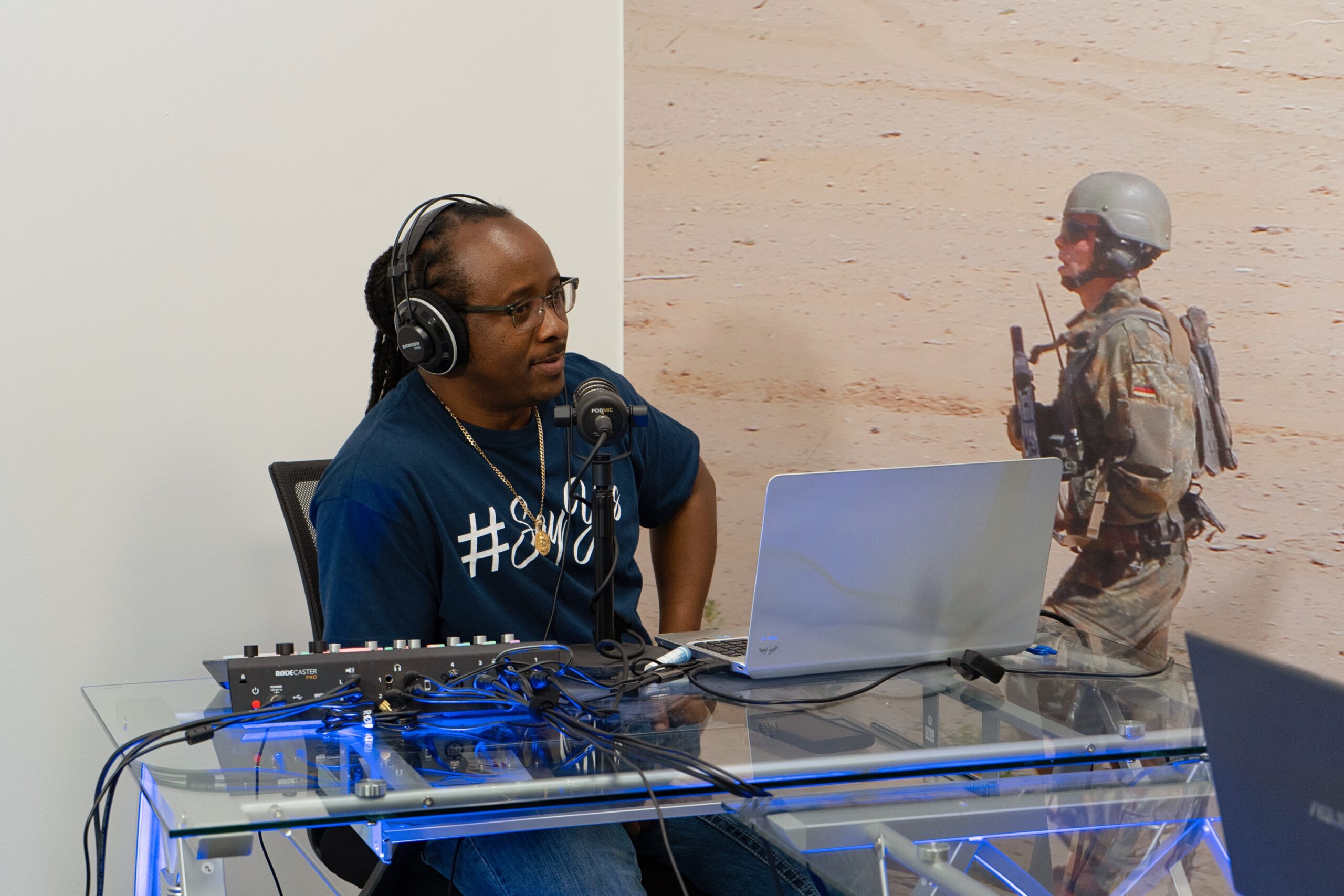 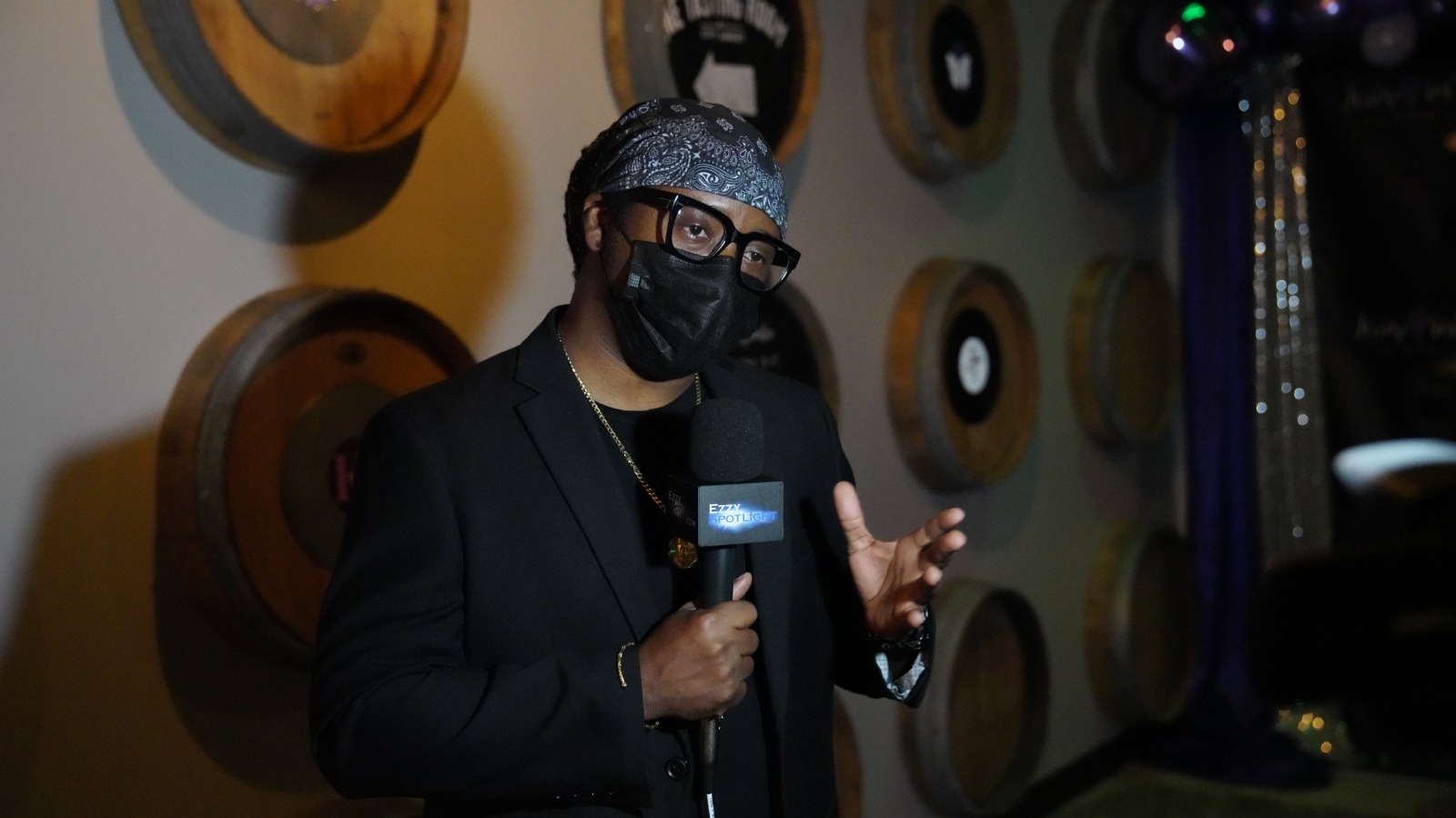 Ezzy Spotlight is a multi-media platform that focuses on showcasing our hidden gems and more in our communities and beyond. Our services include but are not limited to, spotlight featured guests, products/services, events, etc through our media platforms; digital and motion productions, just to name a few.  We strive to create entertaining and informative content on every occasion.

The Ezzy B Radio Show (pronounced as Eh–Zee B) a radio content provider, airs LIVE every Wednesday from 6:00 pm EST on theezzybshow.com, Da Flava Radio, O-Tune Radio, and JW 107.9 FM, and replays on  WXSJ 97.3, WHTL 95.2 FM, WKDT 420 2 Lit Radio, and Radio Primera. The show features guests from all walks of life, including celebrities, up and coming stars, authors, actors, artists, promoters, entrepreneurs, and more, from as far as S. Africa and Australia.  We are located in Atlanta, Ga; catering mainly to a national and internationally diverse listening audience. The show continues to be consistently in high demand from its inception over eight years ago. The Award-Winning Host and Executive Director of the show, Ezzy manages to bring an exciting and professional show to the airwaves each week, while giving his guests one of the greatest experiences of life. 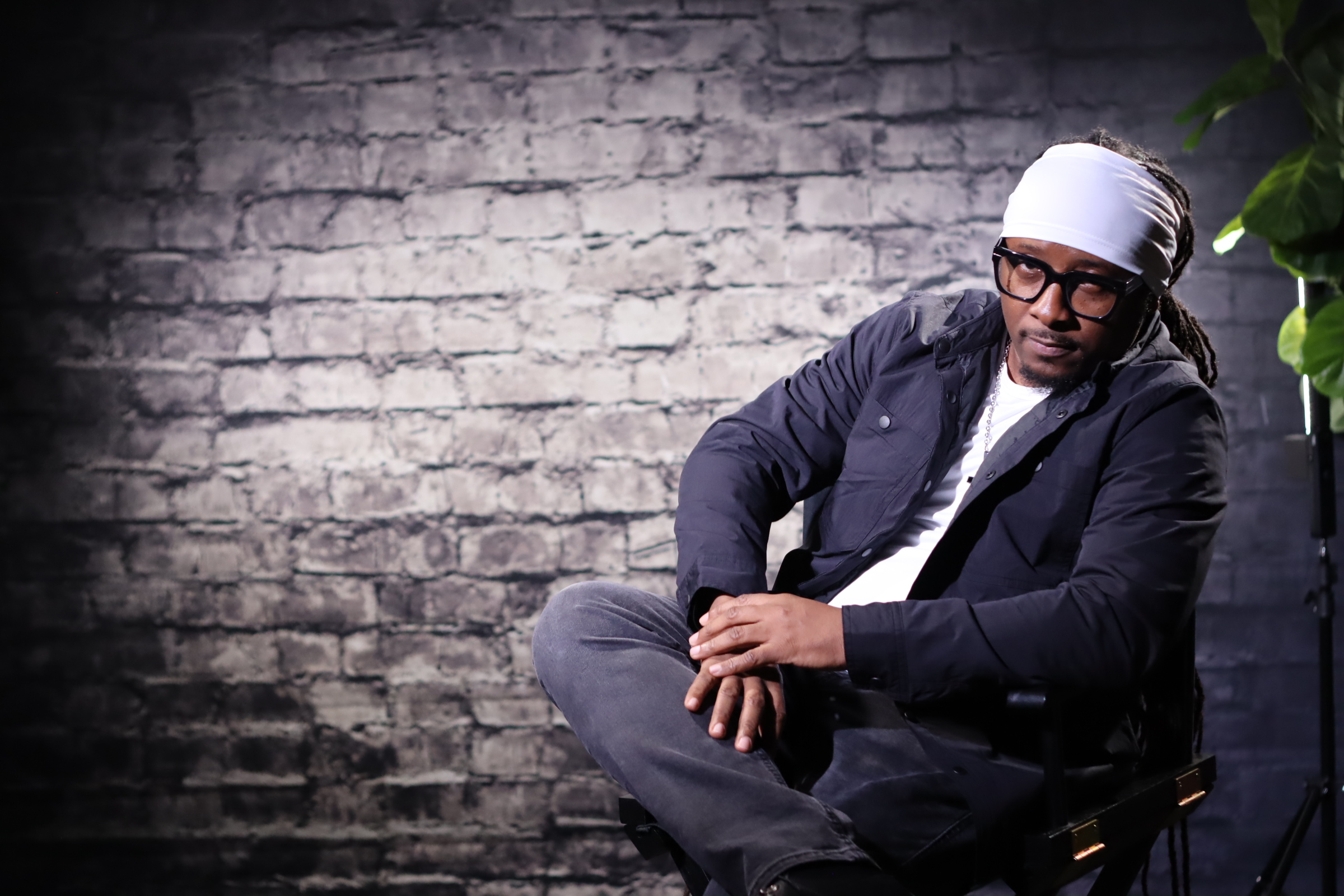 Due to the social nature of our platform audio, videos and other images may contain copyrighted content by another person or entity. Ezzy Spotlight claims no copyright to these contents and shall not be held responsible or liable for the same. However, they may be used for promotional purposes only, which will be beneficial to the content owner.   We are a social messenger of information and entertainment that strives to verify the facts, but most importantly,  to provide original content. However, we do not guarantee the accuracy of all information and copyright infringement policies. Any violation that is created as a result is not done on purpose.

Invitations to your event, venue, and an appearance to our segment or event authorize Ezzy Spotlight to photograph, videotape, or use any other electronic method of recording your image, appearance, likeness, voice, or actions (collectively “recordings”) to be used at Ezzy Spotlight’s or The Ezzy B Radio Show’s discretion in any medium, including but not limited to, the company related publications, websites or other platforms.

Ezzy Spotlight is granted the unrestricted right to make, copyright, use, re-use, or publish recordings in which you may be included, in whole or in part, and waive any right to inspect or approve the finished medium incorporated in any recordings.

You agree that the content provided will not discriminate against any person based on race, color, religion, sex, sexual orientation, or national origin; and is in no way associated with the vision of this platform.

You release and agree to hold Ezzy Spotlight harmless from any liability for any use and publication of such recordings, and waive any personal or propriety right you may have in connection with such use. You also agree to share the finished recording on your website and other platforms accordingly. You understand that all such recordings, in whatever medium, will remain the property of Ezzy Spotlight. You waive any right to compensation of any nature in connection with the recordings. Ezzy Spotlight does not intend to misuse any image/footage inappropriately, nor do we intend to violate anyone’s privacy.