Headline
Tune in to The Ezzy B Show every Wednesday at 6 pm est on this website, Da Flava Radio and JW 107.9 FM | Thursdays on WHTL 95.2 FM **** Download the app @Ezzy Spotlight**** Promote your business and events on our website, app or radio show today!**** Subscribe to our Youtube Channel @Ezzy Spotlight **** Be a featured guest on Ezzy Spotlight...! Follow us on FB and IG @TheEzzyBShow and @EzzySpotlight **** Listen to the archived shows on Mixcloud @TheEzzyBShow **** 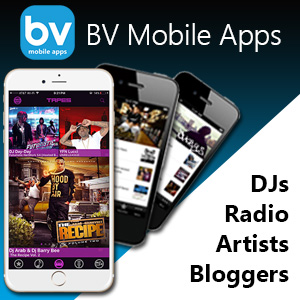 LaShunica Colvin, known to many by Shun and whose moniker is Ms. Shun C., took the airwaves by storm when she discovered her unmatched gift for radio broadcasting with no experience, just raw talent. Being from a small town 35 minutes south of Atlanta, Shun never imagined her skills and unique voice would create a new path for her.

With a background in logistics and International Trade, Shun is no stranger to servicing the public, building business relationships, and, most of all, hard work.

In 2009 Shun’s inviolable networking skills put her in the room with some of the entertainment industry greats. While there, she built relationships that would change her life forever.  Over the next few years, Shun began to study and intermingle in the media and entertainment industry.  In 2013, she envisioned and expressed her desire to be an on-air personality, and her vision became a reality. With no previous hosting or radio experience, Shun’s natural talent led her to Macon, Georgia, where she started out spearheading the Social Media department, then moved to board operator, remote technician, content creator, producer, and then became an on-air personality for three years Sundays from noon to 6 pm at Blazin 92.3 a cumulus station. Shun left her seat as a personality and worked in promotions for Cumulus Media, and assisted with WDEN, WPEZ, & WLZN.

But After spending seven years with Cumulus Media and experiencing the adversities in a dominant male industry, Shun decided to step out on faith and start her Media outlet MSC Media LLC and MSC Media Group. With the tagline “Everything Media and Entertainment,” Shun’s focus is to empower young women that aspire to take the broadcasting industry by storm and any other individual whose strong desire is media and entertainment-driven. Shun’s media company is a full-service media entity that handles Publicity, Public Relations, Community Outreach, Media Relations, Social Media Management, and Brand strategy.

Shun recently took her personality expertise to “The Ezzy B Show” as Dj Ezzy B’s Co-Host. The Ezzy B Show is a diverse radio show that caters to Indie Artist music with well-rounded guests from all walks of life, from the girl next door to A list celebrities. The show airs live every Wednesday from 6 pm until 8 pm EST.

Shun has built her career on merging her radio background with her promotions and marketing knowledge and her International Trade expertise. Delivering exceptional customer service to the broadcasting realm and beyond. Shun is no stranger to hard work. Shun is the CEO, and founder of Autism Has A Face, an autism foundation she established on behalf of her nephew. Her foundation is one of the projects she is most passionate about. The foundation’s objective is to bring more awareness to the signs of autism and recognize the adversities that autistic children and their families face every day. Shun owns a few other businesses, which characterize her as a serial entrepreneur and savvy businesswoman. She has held events locally in Macon and within the metro Atlanta area. Shun is a force to be reckoned with in the entertainment and media realm.  She has plans to expand her businesses and brand through networking with like-minded individuals and supporters of both her organization and media broadcast.

To connect with Shun for hosting and speaking inquires please contact mscmediallc@gmail.com